In the summer, Saigon is filled with dazzling sunshine, the stuffy atmosphere of this city makes me feel uncomfortable. When the chaos, worries are put aside, me and my friends – we decided to travel together.

There are many options for summer travel, but we decided to travel to the sea. Departing from Saigon, our team crossed a fairly long road to the coastal city of Phan Thiết. Phan Thiết is a tourist city of Bình Thuận province. This is a political, economic and cultural center located on National Highway 1A about 200 km east of Ho Chi Minh City. Phan Thiết has a coastline of 57 km, which is a favorable condition for the city to develop in the marine tourism and fishing industry.

Along the way to the coast of Mũi Né, our team has the opportunity to cross the Tà Cú Mountain. Tà Cú Mountain Resort is located in Thuận Nam Town (Hàm Thuận Nam District, Bình Thuận Province), 30 km from Phan Thiết City. This is a tourist area with beautiful scenery centered on Tà Cú mountain peak, 650 m away from the ground. Visitors usually come here for picnicking, visiting pagodas and burning incense to pray. There are two ways for you to go up the mountain: walk more than 1,000 steps or climb by cable car. Located at the height of 563m, two temples including Linh Sơn Trường Thọ Pagoda and Long Đoàn Pagoda which is famous for being sacred. There is a statue of Shakyamuni Buddha made of concrete, white lacquer, 49 m long, 11 m high, located between the four sides of the mountain, far away is the blue sea. However, the main purpose of this trip is to go sea-bathing, not to climb. So we decided to have another appointment to conquer the peak of this mountain Tà Cú together.

Leaving Tà Cú Mountain, our team has the opportunity to go to a place that is quite well known as ancient Poshanu tower. This tower is located on the hill Ông Hoàng built by the Chăm from the end of the eighth century to worship God Shiva. They belong to the architecture of Hòa Lai - one of the ancient styles of ancient Chăm people still leave quite intact. We are surprised to learn that the Champa people worship is the male and female genitals that each mention of these two sensitive people must blush. However, according to the Cham people, they worship them simply because they are the symbol of the maintenance of the race. They are also called "Linga" and "Yoni" by the locals. Each ethnic group has a unique culture that each one of us must respect. The most valuable is that they retain the old traditions and traditions and create an unmistakable beauty in the midst of an increasingly changing life in this modern direction.

There were only 7 kilometers more that we reached the sea of Mũi Né. The eager feeling was hard to describe. The sun has begun to blow up, a little sea fragrance cascading into each window glass blows into each person's mood a new life. We urged the driver to run faster for lunch, to get to the sea soon and enjoy the sea.

The car runs on the undulating road. On the side of the road, there is a group of resorts overlooking the sea, the villas with unique architecture interlaced between the green coconut trees, the towering mountains far far away, white gold beaches... coconut palms and hot tropical sun. Phan Thiết is known as the paradise of the resort, where the development of tourism resort. Coming to Phan Thiết in general and Mũi Né in particular, visitors will be comfortable to enjoy the fresh air, cool or lively waves on the beautiful beaches and many exciting entertainments.

We stopped at a resort located close to the sea. From the balcony of the hotel, we can easily see the sea waves spread chasing each other ashore. Feeling so comfortable and relaxed while lying on the couch listening to the sound of the sea waves from the outside of the window. That is the first thing we have felt.

At 3 o'clock in the afternoon, the sun began to soften, the sea breeze blowing offshore, followed by the undulating waves that followed each other in the sand. We started to go to the beach, the sea is now bustling with the laughter of the little children, the screams of the enjoyment of the couple and the girl, next to her is the old men but still can not hide the joy of being relaxed. Our team struggled to fight with the waves, youth along with the wind. All the worries and stress now has gone and disappeared behind the joy of being with the sea. Those are the most exciting moments we have recorded in time, hoping everyone in the group will never forget these beautiful memories. It was the sea that binds us together. The saltiness of the sea as a catalyst points into each person's life, making us feel more and more loved and feel the world around us still exist a lot of interesting things to explore.

So our team spent a good night at the hotel with the lullaby of the sea. The next day, people had to get up early to catch the dawn on the sand hill. At 5:30 am, the car started taking us to the Mũi Né Sand Dune. Sand dunes stretch from Bình Thuận to Ninh Thuận, but the most beautiful area is in Mũi Né.

Discovering the strangest sand dune of Vietnam, when referring to the South Central region, many people will immediately think of the sand dunes stretching from Bình Thuận to Ninh Thuận. And the Mũi Né sand dune is considered the most beautiful sand dune in this area. Lies approximately 20 kilometer from Phan Thiết city center (Bình Thuận province) to the northeast, Mũi Né sand dune is becoming a destination attracting domestic and foreign tourists. Mũi Né sand dune is also called by the name Flying Sand dune, because the wind moves the sand every day, deforms them hourly. Created from the ancient iron mine which has existed for hundreds of years, Mũi Né Flying Sand dune is considered the unique sand dune of Vietnam. This place is also called by the name "The paradise of sunshine - wind - sand". Sand presents everywhere, beaches, sandy streams, sand dunes ..., even the cuffs and face is also full of sand. In addition to nice shape, the color of the sand is also the attraction to many tourists. The sand here has 18 different colors such as red, white, pink, grey, yellow or brown. These dunes are the endless source of inspiration for photographers, painters or poets... and the source of a new and unique art - sand painting.

At the Flying Sand Hill, we had the opportunity to play sand slide game. It was so fun to sit down on a skateboard and slide from high to low. The higher the slope, the faster the sliding speed, the more dangerous the level. But it is only dangerous for those who have a weak heart and are attractive to those who love the risk. Another thing to keep in mind when sliding is that you do not have to skate without being instructed because you will not be able to go far, even if the top of the dunes is high. After hard sliding, we felt tired. Hidding from the shade of green casuarinas, we decided to enjoy the sweet taste of coconut and deliciously baked rice-paper with shrimp paste... That was so impressive for us!

Speaking about the schedule, we missed many opportunities to visit other famous places such as Gành Son, Mũi Né Fishing Village, Lao Câu Island, Rơm Island, Mũi Né Ancient Village, Dục Thanh School... I hope that all the places we have not visited yet will be on the schedule so that the trip will be more enriching, colorful and fun for the visitors as we will be multiplying as many as we want. 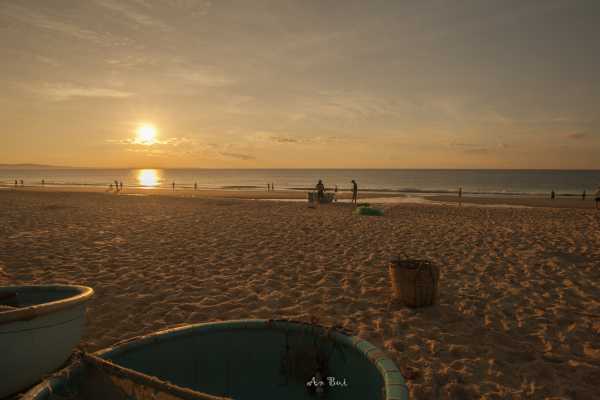 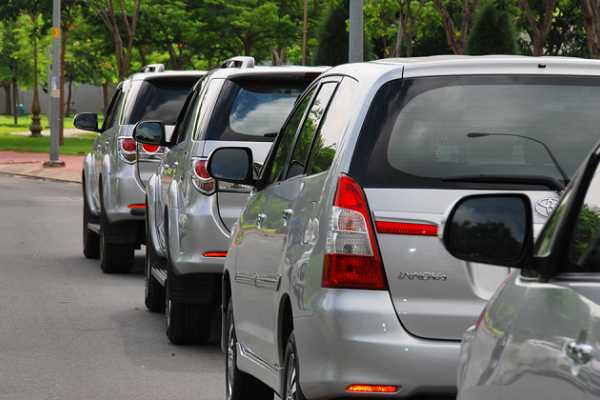